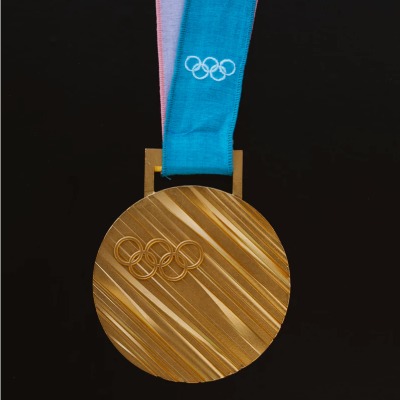 In training for 2006, I was this fiery, really competitive guy from Texas and I was out to dominate the world. I felt like everyone was against me and that I had something to prove. Now, being a Christ-follower with a totally different approach, I’m going to go to Vancouver and enjoy the time I have.

I have guys from the media talking to me all the time and I tell them I want to have a great time, make special memories with my family, and if I go there and give 100 percent and it’s not enough, I know God has a path for me, and that‘s the path that I’m going to follow. They interpret that as: I’m soft, I’ve lost my competitive edge, I’m not very confident. But they really don’t understand, and I’m hoping throughout the Olympics and Vancouver that they see that I am still very competitive, and that you can be a follower of Christ and still be a competitive person.

I began skating at two years old. My dad owns a roller rink just north of Houston, Texas, and instead of hiring a babysitter when I was growing up, they just let me hang out at the roller rink and skate six to 10 hours a day. Skating became second nature for me.

I began competing around five years old and I started traveling all around the U.S. That was on conventional roller skates: two wheels on the front, two wheels on the back. I won my first national championship at eight years old. I was just doing it for fun and slowly it evolved into something more serious.

After skating on conventional skates, then inline skates became popular in the early 90’s. So I started inline skating, and at the age of 16 I qualified for the U.S. national team. In America, it’s not a big sport, but all around the world — especially in Europe and South America — the sport is really big.

So I traveled [with the U.S. national team] and for 10 straight years — from age 16 to 26 years old — I was the overall world champion. And I had a lot of fun doing it. I traveled to over 35 countries and really learned a lot about life with my skates. In 10 years, I won 50 gold medals and am still the most decorated skater in inline skating history.

Once I did that and accomplished the goal I had set for myself [50 gold medals], I decided it was time to move on to something new, and I always had aspirations of winning a gold medal in the Olympics.

At the Olympics, it’s totally different. We have World Cup races and world championship races, and you’re racing the same guys at the Olympics, but the energy that builds as you go through opening ceremonies is a completely different story. There are guys who can do well at a world championship, but once it comes time for the big show, they’re lost out there. And mentally they just go downhill.

For me, after winning my gold medal, with it being the first gold medal at the 2006 Olympics, I was numb for a couple days. Here I had accomplished the ultimate goal of my life, but I didn’t really feel it. Back in 2006, before the Olympics, I was known as this guy who worked hard and played hard. I stayed out late at night [doing things] I shouldn’t have done. After looking back and reflecting on my life and how people envisioned me, I decided to take a step back and look at other people around me and how they managed their lives.

I grew up in a family who considered themselves followers of Christ, like so many people in the world who say they are Christ-followers. But saying you are a Christ-follower and being a Christ-follower are two different things, and I finally realized that. I began to observe other people around me: My wife Lynsey and her family grew up going to church and are very godly people. I started observing her father’s life, and my brother-in-law’s life and how they approached life on a daily basis. I saw the amount of love throughout that family, and throughout other Christ-followers’ lives. [I decided] I want to be like that. Lynsey and I want that life for our family.

Now I find myself at church every Sunday and living a godly life, and I’m so happy. I feel so much better with my life and I feel like I’m going in the right direction. This is proof that even though you are on the wrong path at one point in your life, it’s always possible to get going in the right direction, to find yourself and be content with who you are on the inside and out.

Life without Jesus is tough. Without Christ in the last year, my life would be going in a different direction. And I’m not a guy who’s been a follower forever, in fact over the last year I’ve made major strides as I’ve become involved in church.

In 2006 I felt like it was just me against the world. Now I’ve got two special people in my life [Lynsey and our 10-month-old daughter] that are supporting me and wanting me to do the best that I can. And not only that, but [going to the Olympics] is an opportunity for me to go and let people see God in me. Millions of people across the world will see the Chad in 2006 who was dark and who thought the world was against him become the guy who is open to so many new things and loving everything about life, really seeing the blessings he’s received in his life. To be able to go to Vancouver and show what that’s all about, it’s incredible.