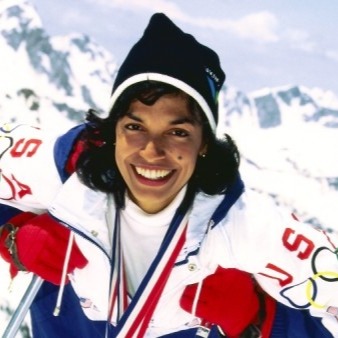 When people meet me they often ask, “How can I have the kind of joy that you do? You were abused as a child; you went through numerous surgeries to have your leg amputated; you’ve been divorced; you’re a single mom…yet you radiate joy. How is that possible?” Because I have had so many tragedies in my life I have the authority to say to people, “no matter how bad your suffering may seem, you truly can choose joy.” Everyone has the God-given capacity to live joyfully — it doesn’t depend on your circumstances. But it does require that you make the choice to identify your joys in life and take action to embrace them.

Whether the suffering is large or small, many people believe they will feel joy only after their circumstances get better. Actually, it’s the other way around. Making time and choosing God’s joy when your circumstances are at their worst gives you the energy to face those difficulties and truly effect change. The secret is to allow God to continually clear out the old cobwebs and make room for new joy in your life.

Most people who know me as a strong woman — an inspirational speaker, a one-legged Olympic ski champion, a Rhodes Scholar and former White House official — do not know that prayer is important to me at all. They have no inkling that prayer makes a difference in my life.

I accepted Christ as my Savior as a preschooler, and I believe God’s presence kept me sane during the difficulties of my childhood. But I didn’t pursue the practice of prayer until I became an adult and began dealing with the trauma of my childhood.

My mother had married an older man, who was retired, so he was home alone with me frequently while my mother was at work. He used that time to abuse me sexually, from age two until seven. I later learned he abused my older sister as well.

When my stepfather finally left, it was like a dark cloud was lifted from our lives. My mother became the lively, funny person we had seen so little of in recent years. That was the year I turned away from God. I didn’t think I needed God anymore to make me feel better about life. I could start living my life on my terms — not avoiding it by burying myself in chapel or reading a Bible.

One day, as a present for my birthday, my friend Barbara showed up at school with a certificate for me that she drew on a piece of notebook paper. “One week of skiing over Christmas vacation,” it said. Her smile and enthusiasm wouldn’t take no for an answer. Skiing was everything I had dreamed of and more. I felt the wind in my hair. I felt graceful and fast. I loved the fresh crisp air and the brightly colored ski clothes. I was hooked.

I began skiing with an amputee club where I borrowed the outriggers [a combination ski pole/crutch used for balance] for my early trips. By working in a drugstore after school, I could afford to ski on the weekends. Soon, my passion blossomed to the point where I decided to become a racer. At first, I had no team, no coaches, but I entered NASTAR races (open to the public) in order to practice. I trained and trained. I took a break for a year from my studies at Harvard. I even lived on a glacier in the summer so I could continue to ski all year round! Finally, after years of pain and determination, my dream came true and I won a place on the 1984 US Paralympic Ski Team.

I never expected to win medals at all. Over 500 athletes from 22 countries gathered that year in Innsbruck, Austria, for the Paralympic Games. As the third-ranked amputee woman in the U.S., I had only barely made the cut (they only took three, one-legged women). I was just happy to be there.

At the final medals ceremony, I was awarded the silver medal for overall performance as the second-fastest woman in the world on one leg! It was many years later that I would find out I was, in fact, the first African-American ever to win medals in any Winter Olympic or Paralympic Games.

I graduated Harvard with a degree in economics and was honored to receive a Rhodes Scholarship to Oxford University. I got married during those years and went to work for IBM where I earned many sales awards. I was later named to the White House Economic Council, which was an 18-month dream job. Once we started a family (Darcy was born in 1994), I began a public speaking career.

All should have been well with my life — my family was intact, my career was taking off. Yet without any connection to God, I needed achievements, a fancy job title, or a big salary to feel good about myself. I didn’t have a sense of my own value as a child of God. Mercifully, God had plans to address my insecurities and convince me of His love.

Although I had faced steep ski slopes and audiences of over 10,000 people, I had never faced my feelings about the childhood abuse. All my life I coped with my past by avoiding it. From the very beginning, my denial was so deep that my brain actually blocked the memories until my stepfather died when I was 18. After the memories began to come back, I coped by moving on with my life, just like my mother told me to do.

But later, as a mother of a preschool-aged daughter, the effort it took to suppress the memories drained me so much that I often just fell asleep on the floor as Darcy played. I had no idea why. It steadily took a toll on me. I became more and more anxious. I wanted to jump out of my skin. I could have easily started drinking heavily to calm my nerves. I began to feel like I wanted to run away. Fortunately, I had sense enough to realize that these feelings were not a normal response to anything in my life.

I began visiting different churches looking for help. At one church I visited, they advertised counseling sessions for women. I signed up. The counselor there helped me to make the connection between the feelings I was having and the sexual abuse.

Healing those wounds was the most courageous thing I have ever done in my life. And I could never have gotten through it without prayer. Had I not been communicating with the Lord, I think I could have had a nervous breakdown. Prayer gave me the strength to stick with the therapy and to keep moving forward with my life. Some people say that God can replace therapy, but I believe God guided and supported me through the healing process. Every day that I took the time to connect with God, I grew.

After years spent relearning to pray, my heart was opened by His love to the miraculous gift God was offering: joy. I began to see that though God offered physical health, healthy habits were my responsibility to develop and continue. God’s gift of joy required my participation. For the first time, I realized that I needed to be intentional if I were to truly live my joy on a daily basis. Learning this process, and learning from others, resulted in my latest book, Live Your Joy.

I now realize that the struggle to overcome my own ups and downs is the answer! Joy, you see, isn’t a destination. I don’t ever feel like I get to a place where I can say, “I’m the joy expert. Every day I have joy all day long.” It isn’t like that. It’s an ongoing dance for me. I have to work at it. Joy, you see, builds gradually over time, and the process never stops. I can honestly say that I am more joyful this year than I was last year, and I hope I will learn how to be even more joyful next year.

With so many people suffering foreclosures and losing jobs, it’s important to remember that no matter how bad things are right now, everyone can still find joy in life, especially through God, prayer, and reading the Bible.