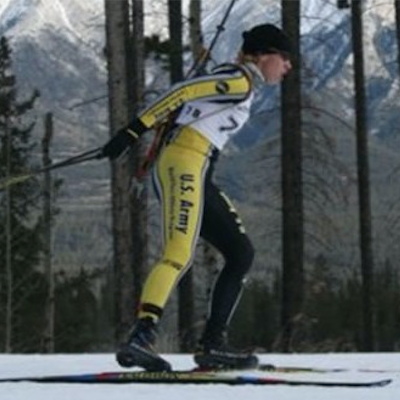 My story starts off rather unremarkable. I grew up with three brothers in a middle class home in Burnsville, Minnesota. I was baptized as a baby, and as a child I went to Sunday school each week. At some point in high school my family got too busy to make time for church each Sunday. While my parents were diligent in making sure we were brought up with the routines of church in our lives, God’s Word never really came home with us. Once my brothers and I all made it to our teenage years, we stopped attending church as a family.

As a young child I used to go to sleep listening to my Walkman — remember the old- fashioned headphone sets that used cassette tapes? I listened to the same tape every night. It was Sandy Patty, who sang children’s Christ-centered music. I would sing along to it until I fell asleep. Even as a young child, I knew that I wanted and needed to have a relationship with God. However, at that point all I knew that to mean was to go to church and Sunday school and then go about the week as I pleased until next Sunday. God was an activity, not a [relationship with God that affected my] way of life.

My first significant Jesus-following role model was a high school ski coach. My senior year of high school I was struggling with the anxieties of life after high school, and I confided in him frequently. He used my ski racing to teach me some coping mechanisms. His approach was simple, and can be summed up in one key phrase he shared with me: “Let go, let God.” I started by just applying this to my anxieties involved with ski racing and performance, but it quickly became obvious to me that I needed to apply this to all aspects of my life. At the time I actually went so far as to type the line on a piece of paper nice and big, and place it in my sock drawer. As I got ready each day I was reminded who was in control.

I took that concept with me to college, but I still had a lot to learn. While I used that phrase often to help quiet my busy brain, I realize now that I was still a long way off from knowing in my heart what the phrase “let go, let God” truly meant. Then I met my next major role model. She was one of my teammates on the ski team, and sophomore year she also became my roommate. I went to church with her each week my freshman and sophomore year, and then she graduated. After she left, I still continued to go to church, but less consistently.

During my college years I continued to work on my relationship with God, but my growth was slow and my time invested into it limited. While I desired to spend more time getting to know the Lord, my actions still showed that God was just one more commitment in my busy life. Between nursing classes, clinicals, ROTC, cross-country running and cross-country skiing I barely had the time and energy to make it to church on Sundays. I was still trying to accomplish everything with my own strength.

Then my last year of college my parents’ marital struggles finally became too intense and they divorced. I had friends who would listen to me vent my feelings when I was struggling, but a couple of months before the divorce I broke down and cried out to God. I didn’t want to talk about my parents’ issues anymore; while friends could listen, there simply wasn’t anything they could actually do. No one had the answer that could mend the pain in my heart. At that moment, the phrase “let go, let God” took on a deeper level of meaning. It didn’t fix anything for me that moment, but I acknowledged with all of my heart that what I needed more than anything was a strong relationship with God. He was the answer I had been seeking for in other people for so long.

When I graduated from college I accepted the fact that my career as a competitive cross-country skier had come to an end. I moved to Fort Carson, Colorado, where I began my career as an Army nurse. I was excited about Army nursing, but I really wasn’t ready to be done skiing, so I called up the Air Force Academy (AFA) cross-country ski team coach and immediately became an assistant coach. I also found a local church to attend, but between my nursing shifts at the hospital and ski trips with the AFA team, I was rarely able to attend. I also learned how to shoot a biathlon rifle, and picked up the sport of biathlon which combines cross-country skiing and shooting. Through an amazing series of events, by the end of that winter I was named to the U.S. Biathlon Development Team, temporarily released from the Army Nurse Corps, and accepted into the Army World Class Athlete Program.

I relocated to the Olympic Training Center (OTC) in Lake Placid, New York, where my full-time job for the Army would be to train for biathlon. While I accepted Jesus Christ as my Lord and Savior as a small child, this is where I feel I really came to know and trust in the Lord. This time I didn’t seek any mentors, and for a little while I kind of avoided fellowship at church. I was determined to get to know God. I wanted some time for just God and me, then naturally the fellowship came to be. I started attending a Bible study at the OTC each Monday and a church service each Sunday, and then another Bible study on Wednesdays. I simply couldn’t get enough. Training for biathlon certainly kept me busy, but I refused to go on any longer without God at the forefront and involved in every part of my life, not just Sundays. After a few months I requested to be baptized. I renewed my dedication to studying the Word of God and placing my trust in Him.

The mere fact that I am here in Lake Placid doing what I am doing is a testament to God’s work. Despite how much I tend to try to plan out my life, this is certainly far greater than I would have even dreamt of asking for.

Now as I go into this Olympic season I find many of my nerves and anxieties about the future are once again threatening to consume me, but now I have my faith and trust in God. When I find myself trying to predict or control what happens next, I remind myself to not only “let go, let God” but also to just “believe in the moment.” Not only must I trust that God will provide for me each day, but He will actually provide for me one moment at a time, and that is all I need to think about. Instead of being consumed by anxiety, I have a peace in my heart that only God can provide.

These are a bunch of what-ifs, but what I do know is that no matter what happens this season, it will be as God meant for it to be. He is in control, and He will love and care for me far better than I can even imagine.