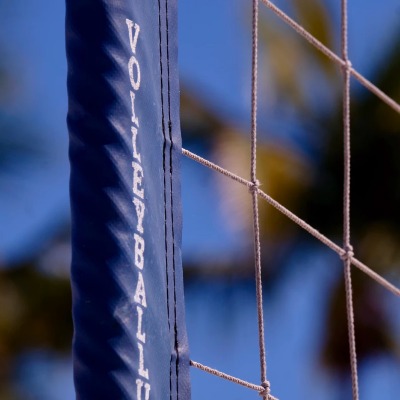 On and Off the Court - Jeroen Trommel

I was born in Apeldoorn, as the son of the pastor and from age five until age 19 I lived in Kornhorn, Netherlands. I went to high school in “De Waezenburg” in Leek. After I graduated, I moved to Capelle aan den IJssel, where I made my debut with Alcom/Capelle in Holland’s semi-professional elite volleyball league at the age of 18. After playing four years with Alcom/Capelle and three years with Omniworld, and the completion of my college education (in industrial design), I took the step up to playing in France. I played for three years in the Pro A league in France (one year in Tourcoing and two years with AS Cannes). This season we’ve moved to Istanbul, where I have a one-year contract. In 2001, I made my debut with the Dutch National Team and now, after 200 international matches, two World League appearances, four European Championship appearances, and an Olympic Games (2004), I am captain of this team.

My career as a professional volleyball player has not always been easy and even today, great moments and disappointments are both a reality. I have been through many valleys in the last 10 years, but I have certainly enjoyed all of the fantastic moments that I’ve had through my sport. My faith is the center of my life and God has always helped through the deep valleys. Through the great times, He has taught me to be thankful for all that He has given me. But, my search for God — the realization of who He really is to me — has taken some time. I have often asked myself if He really was there. But now, when I look back on my life up to this point, I know with certainty that He was there all along, carving out the path my life has taken.

I was raised in a Reformed Church in a small town. I grew up with many “rules of faith.” I went to church twice every Sunday and actually didn’t know any better than that church was just one piece of my life. I was, as son of the pastor, a well-known face in Kornhorn — we lived like a family in a glass house. I was made an example and therefore must follow all those “rules.” Now, I am very thankful to my parents for all that they taught me in this way. They wanted to show me how to live out my faith, which was the true meaning behind those rules. Unfortunately, at that time, the truth was unclear to me.

Volleyball has always been my passion. I started playing this fantastic sport at the age of eight and you could often find me five or six days per week in the gym. I never had the ambition to become “the best of the best,” I just really loved to play. A lot changed in my life when I turned 14 and was invited to join the Youth National Team. I was, of course, on cloud nine when I heard the news. At first, my parents were as enthusiastic with the idea as I was, but they saw a problem: the Youth National Team trained every weekend, including Sundays. They allowed me to go a few weekends for the Friday/Saturday trainings, but the trainer wanted me there on Sundays, too. He gave very little allowance for my parents’ situation, and in the end my parents decided that I would not be allowed to play that year. I was devastated and could not understand why Sunday was more important than my chance to train with the team. But, I respected my parents’ decision and life went on. Now, I see that God already had a plan for me because two years later, I was re-invited to the program. This time, there was a different coach — one who had understanding and respect for my situation and didn’t deny me this opportunity on the basis of our faith. My parents also realized that God was giving me a second chance and so they decided to allow me, once every four weeks, to be at the Sunday trainings. The coach at that time, Pieter-Jan Leeuwerink, agreed to this schedule and this was the beginning of my volleyball journey.

The Search for God

In my eyes, my faith until that moment in my life was just a pain. At first, I wasn’t allowed to train at all with the Youth National Team and then, being allowed once in four weeks to be at Sunday practices, was not enough. I was made to go every Sunday to church, usually had to be home early on Saturday evenings, couldn’t do certain things on Sundays, etc. To me, my faith could be summed up in all these rules. When I left my parents’ home at the age of 18, I left my faith behind for a while. I didn’t want to go to church just because I was supposed to. I wanted to actually feel a connection to my faith, but I felt nothing. I was looking for God, but didn’t know where to find Him. In those years, I often felt alone, frustrated, and I had no idea what my faith meant to me. Thankfully, God doesn’t leave His children all alone. At the age of 20, I realized that He’d already been calling out to me for a long time. I just hadn’t been listening. I realized that something was missing in my life: God. I wanted to let Him into my heart, but I was afraid of what that would mean and I resisted giving myself completely to Him. For years, I struggled with the thought that I wanted more, but I didn’t yet have the strength to give myself completely to Him.

Then came the second moment of my life where God clearly showed me the right path. After deciding to take the step to play volleyball in France, my relationship with my girlfriend of nine years ended. All certainty in my life at that time was gone: that relationship was over and I was leaving my family and friends behind in Holland. But, in that year, everything fell into its rightful place. My volleyball career completely took off and I met the love of my life through volleyball! My Canadian wife, Julie Trommel, was playing volleyball in Holland at that time. I credit the moment that God brought us together in Tourcoing as the greatest miracle in my life. Julie was not only my dream wife, but God reached me through her and in that year, I finally gave myself over to His love. Now, three years later, we are happily married and are walking the path that God has carved out for us together.

A lot has changed…

A lot has changed in my life in the past three years, in terms of my volleyball career and in my personal life. Living as a believer brings many responsibilities, also on the volleyball court. I am not someone who walks around evangelizing; I try to live out my faith by being an example to others. I realize now that God has given me my talent for volleyball and that through volleyball, He has given me more than I could have ever dared to dream. I was never the most talented player, but through hard work and refusing to give up, I am now playing here in Turkey and I’ve made a career out of a hobby. I try every day to be thankful for the talent that God has given me. I also realize that I have been given a unique opportunity through my sport to tell others about Him. In a professional sports environment, this is anything but easy. But, by being different than others, people become curious and opportunities come up to share my story. And that is the reason I am telling my story right now.

Faith on and off the court

In professional sports, being honest and showing respect for your teammates, opponents and the officials is not easy. Showing love to the unkind and dishonest people in the team and club sometimes seems impossible. Every day it’s a challenge for me to live out my faith on and off the volleyball court. But with Jesus as my example and in knowing that God has everything in His hands, I know that I’m headed in the right direction. I have the opportunity, through my talent, to reach people for God whom I would never have met had God not shown me the right path. I am thankful every single day to Him for this. Is my life an example of coincidence and luck? It most certainly is not! It becomes clearer to me with every day that God is at work in my life — on and off the court!

On and Off the Court - Jeroen Trommel